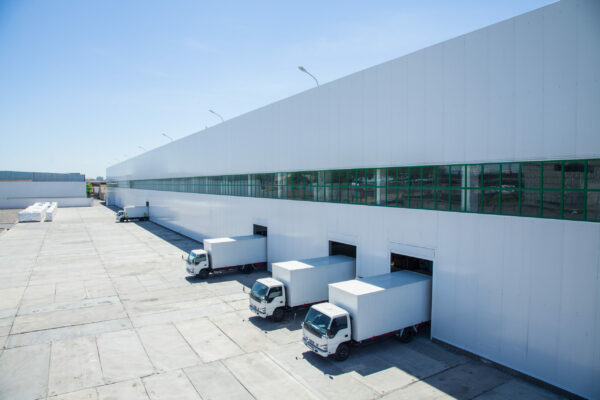 The modern, developer-led warehouse stock in the Czech Republic reached 9.6 million sq m, and we expect that by the end of H1 2022, it will surpass 10 million sq m. Approximately 149,000 sq m was newly delivered to the market in Q4 2021 within ten industrial parks across the country. This figure represents a 12% decrease compared to the previous quarter as several projects which were expected to be completed in 2021 were delayed to the following year. Compared to the same period of the previous year, this is an increase of 14%. Almost 492,000 sq m of new industrial space was delivered in 2021, which represents a 29% decrease compared to 2020.

At the end of Q4 2021, the total space under construction in the Czech Republic amounted to the historically highest level of 1,110,000 sq m, representing an increase of 23% compared to the previous quarter and ca. 240% increase compared to the same period last year. Around 25% of that space is situated in the Olomouc region, followed by Moravia-Silesia with 15% and 11% in the Pilsen region. During Q4 2021, development works commenced on a total of 333,500 sq m of industrial space. The share of speculative space under construction decreased to 24% during the quarter. In 2022, the overall new supply is expected to exceed 1.5m sq m, which is more than any previous annual volume of newly delivered industrial space ever recorded.

Net take-up in Q4 2021 totalled 478,600 sq m, showing an increase of 17% quarter-on-quarter and quite a notable increase of 44% year-on-year. Net demand (excluding confidential deals) in the fourth quarter was driven mainly by distribution companies, accounting for 38% of the volume, followed by manufacturing companies with 33% and logistics companies accounting for 29%. In terms of volume, net take-up in Q4 2021 was the highest volume ever recorded in the Czech industrial market exceeding the previous record volumes from last quarter.

As of Q4 2021, the Industrial Research Forum amended all data to represent better the current vacancy situation on the market. As of the end of the year, short-term leases are no longer excluded from the vacancy rate. Until now, spaces leased on a short-term basis were counted as vacant spaces. However, with several buildings throughout the Greater Prague area dedicated to this type of leasing, IRF has abolished this practice. With this change, there has been a drop in the “vacancy rate”, mainly in the Greater Prague area. This change does not affect any leasing volumes as short-term leases are not included in them.

At the end of Q4 2021, the vacancy rate in the Czech Republic reached 1.6%, which indicates the current resiliency of the Czech industrial market, despite the ongoing health and economic crisis. In comparison, this is a considerable decrease of 36 bps compared to the previous quarter and a massive reduction of 251 bps compared to Q4 2020 levels. A total of 156,800 sq m of modern industrial premises is available for immediate occupation. The vacancy rate in the Greater Prague region reached 0.7% at the end of Q4 2021, representing a decrease compared to Q3 levels of 0.8% or 2.2% recorded in Q4 2020. If we exclude vacant offices and focus only on empty warehouse space, the rate for some regions, especially Greater Prague, is several tenths of basis points lower with 0.0% vacancy rate.