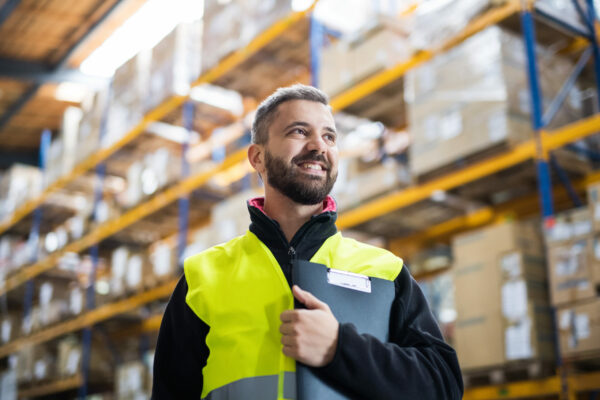 Strict anti-epidemic measures were again introduced in Q4, and despite the number of ongoing cases of COVID-19 infections being higher than in the spring, the Czech industrial market experienced a positive quarter. According to CZSO data, industrial production in October and November increased slightly compared to the previous year, mainly due to the automotive industry.

In addition, the closure of brick-and-mortar retail from 22 October to 2 December, combined with Christmas approaching, impacted the demand requirements for e-commerce, which is reflected in both greater demands on distributors’ storage facilities and on the part of logistics companies, especially mail order services. These changes are mainly reflected by the greater interest in short-term leases, and in the lower willingness of developers to build speculatively. However, given the significant decline in vacancy, speculative construction activity in 2021 may well increase again.

The modern, developer-led warehouse stock in the Czech Republic reached the milestone of 9.1 million sq m. Approximately 106,100 sq m was newly delivered to the market in Q4 2020 within 9 industrial parks across the country. This figure represents a 31% decrease compared to the previous quarter. Compared to the same period of the previous year, this is a decrease of 33%. However, almost 670,000 sq m of new industrial space was delivered in 2020, which represents 10% increase compared to 2019. Circa 83% of the newly completed space in 2020 was already leased by the time construction was completed.

The largest completion in Q4 2020 was in CTPark Ostrava (50,000 sq m) which was, at the time of completion, 93% leased by 2 undisclosed manufacturing companies each having leased around 23,000 sq m back in 2019. The second largest completion was in Archan Brandýs nad Labem (14,600 sq m), which was partially let to an undisclosed company. The third largest completion was in Pilsen West Industrial Park (12,500 sq m) the premises were fully let by the automotive component manufacturer Faurecia. For the entire year 2020, the largest building completed was in P3 Lovosice (61,000 sq m) and was partially let to a retail company.

At the end of Q4 2020, the total space under construction in the Czech Republic amounted to 344,600 sq m representing a decrease of 10% compared to the previous quarter. Approximately 27% of that space is situated in the Pilsen region, followed by Greater Prague with 20% and 18% in the Moravia Silesia region. During Q4 2020, development works commenced on 61,200 sq m of industrial space. The share of speculative space under construction decreased to 31% during the quarter. In 2021, the overall new supply is expected to reach similar levels to those in 2020 with around 650,000 to 750,000 sq m.

Net take-up in Q4 2020 totalled 355,500 sq m, showing a significant increase of 118% quarter-on-quarter, and a small increase of 5% year-on-year. Net demand (excluding confidential deals) in the fourth quarter was driven mainly by distribution companies which accounted for 49% of the total volume, followed by logistics companies with 24% and by manufacturing companies accounting for 23% of the total volume. In terms of volume, gross take-up in Q4 2020 was the highest volume ever recorded in the Czech industrial market, despite the ongoing COVID-19 situation. As for net take-up, the highest volume was recorded back in Q4 2014 where almost 380,000 sq m was newly leased.

At the end of Q4 2020, the vacancy rate in the Czech Republic reached 4.2%, which indicates the current resiliency of the Czech industrial market, despite the ongoing health and economic crisis. In comparison, this is a large decrease of 42 bps compared to the previous quarter and a small increase of 11 bps compared to Q4 2019 levels. A total of 381,500 sq m of modern industrial premises are available for immediate occupation. Vacancy in the Greater Prague region reached 2.2% at the end of Q4 2020, representing an increase compared to Q3 levels of 1.7%.