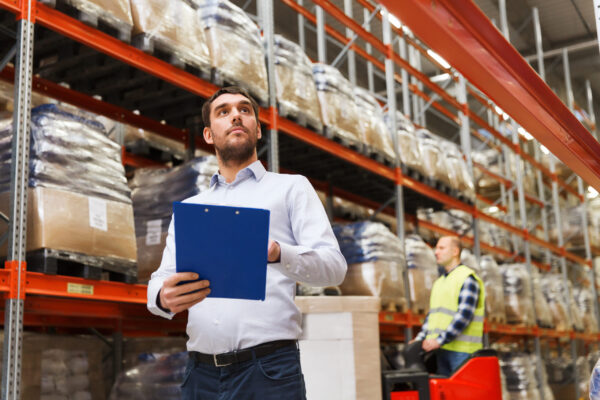 The total area of modern industrial space for lease in the Czech Republic increased to 10.65 million sq m in the third quarter of 2022. A total of 511,100 sq m of new warehouse space was delivered to the market within 18 industrial parks across the country. This represents an astonishing 244% increase compared to the same period of last year and a 249% q-o-q increase. At the time of completion, approximately 95% of the projects were already pre-leased.

The most significant completion was a 186,700 sq m hall located in Panattoni Park Kojetín in the Olomouc Region. The hall began construction a year ago when it was entirely pre-leased as a distribution centre to e-commerce giant, Amazon, the second-largest completed building of 60,000 sq m, was located in CTPark Bor, leased to an undisclosed tenant from the logistics sector. The third largest completion was in Ostrava Airport Multimodal Park (34,000 sq m), a hall leased to two tenants, Česká Pošta and Geis.

At the end of the third quarter of 2022, over 1,159,800 sq m of industrial space was under construction, decreasing by 10% compared to the previous quarter. 27% of this space is located in the Karlovy Vary region, 13% in the South-Moravia region, and 12% in the Pilsen region. Developers commenced construction of 361,900 sq m during Q3 2022, aided by the commencement of a 233,700 sq m single hall in Panattoni Park Cheb, under the largest lease of H1 2022 in the Karlovy Vary region. The share of speculative space under construction slightly increased to 34.5% in the third quarter. We expect about 340,000 sq m of warehouse and production space to still be completed by the end of 2022. Combined with the first half of the year, this would be the most significant amount of space delivered to the Czech market in one calendar year in IRF´s history. At the end of the year, the market will be nearing the 11 million sq m milestone.

Gross take-up (including renegotiations) totalled 482,400 sq m in the third quarter of 2022, representing a 26% decrease compared to the previous quarter. In a year-on-year comparison, we register a slight decrease of 6% in total take-up during Q3. Compared to the previous quarter, the share of renegotiations increased by 5 percentage points to 27%, with a year-on-year increase of 11 percentage points.

Net take-up in Q3 2022 reached 354,100 sq m, so far the lowest quarterly result this year and the lowest quarterly result since Q1 2021. The figure represents a decrease of 31% compared with last quarter, and an 18% decrease compared to the same period in 2021. However, it is worth mentioning that the strong result of Q2 2022 was driven by a single deal over 233,700 sq m and therefore the net take-up results in Q3 do not deviate as significantly from H1 results. Besides confidential transactions, net demand was driven mainly by third-party logistics companies, which accounted for 32% of the volume, followed by producers (24%) and distribution (18%).

The two largest new leases were concluded by logistics companies. The largest new transaction in Q3 2022 was a 31,400 sq m pre-lease at GLP Park Brno Holubice, by Fast ČR. The second largest was a new lease at Panattoni Park Pilsen West of 31,400 sq m, by DHL Supply Chain. Only the third largest new transaction fell outside of the logistics sector, when optical retailer Fielmann pre-leased 29,100 sq m at Garbe Park Chomutov. The largest renegotiation (36,600 sq m) in the third quarter was concluded at CTPark Hranice, with an undisclosed tenant from the automotive sector.

In the third quarter of 2022, the vacancy rate decreased again, to just 1%. This represents a decrease of 50 basis points compared to the previous quarter and a fall of 43 basis points compared to the same period of last year. At the end of the third quarter of 2022, a total of 105,900 sq m of modern industrial space was available on the market for immediate lease. The vacancy in industrial warehouse space in the Greater Prague region is even more constrained than the national rate, resting at close to 0% since Q2 2021.

Prime headline rents have stayed at the level of around €7.25 – €7.50 sq m/month in the Czech Republic in Q3 2022. Some special offers, especially in Prague, start at €8.50 per sq m/month. Selected prime locations outside of Prague have now seen their prime rents grow at a faster pace than ever before and are way above €6.00 sq m/month. Rents for mezzanine office space stand between €9.50 – €12.5 sq m/month. Service charges are typically around €0.65–1.00 sq m/month.