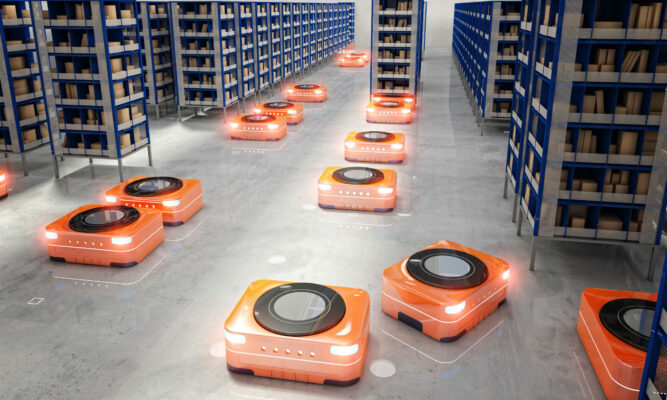 Q2 2020: The largest volume of industrial properties since 2017 completed, demand not declining

The country lock-down in March as part of the measures against the spread of the new type of coronavirus COVID-19 impacted supply chains. Many manufacturing companies had to close due to supply disruptions. The Czech Statistical Office data shows that industrial production fell by 33.7 percent year-on-year in April and by 25.7 percent in May. Although the gradual easing of restrictions at the end of the second quarter brought a resumption of the free movement of persons and goods within the European Union, intercontinental transport has still been facing problems. As a consequence, many companies are already looking for closer located suppliers who could replace for example Chinese manufacturers. The demand for domestic production and storage capacities could increase as well.

The current results of the development of the Czech warehouse and manufacturing real estate market, despite expectations, do not indicate any cooling. Although quarantine measures made personal meetings impossible at the beginning of the second quarter, new contracts were signed to the extent common for this part of the year. Nevertheless, there was a greater interest in short-term leases (up to one year) whereas demand for pre-leases of planned projects was lower. Due to decline in speculative construction, several projects will be on hold until pre-leased. However, the overall assessment of the impact of the pandemic will not be possible before the end of the year.

Total modern developer-led warehouse stock in the Czech Republic currently accounts for almost 8.82 million sq m. Approximately 219,600 sq m was newly delivered to the market in Q2 2020 within 17 industrial parks across the Czech Republic, the highest number since the last quarter of 2017. Compared to the same period of the previous year, this is a 36% increase and a 16% increase quarter-on-quarter. Of the newly completed spaces, 88% have already been leased.

At the end of Q2 2020, the total stock under construction in the Czech Republic amounted to 441,600 sq m. Approximately 33% of that space is situated in the Moravian-Silesian Region and 26% is in the Pilsen region. During Q2 2020 development works commenced on 76,300 sq m of industrial space. The share of speculative floor space under construction decreased to 42% during the quarter.

During Q2 2020, gross take-up, which includes renegotiations, reached 360,500 sq m showing a slight increase of 13% compared to Q1 2020 figures. In comparison to the same period of the previous year, gross take-up decreased by 14%.

During Q2 2020, the share of renegotiations accounted for 47% which is a slight decrease compared to the previous quarter (66%).

At the end of Q2 2020, the vacancy rate in the Czech Republic reached 4.6%, which shows the stability and good condition of the industrial market in the Czech Republic in view of the completion of a large number of halls and the economic downturn. In comparison, this is a very small increase of 20 bps compared to the previous quarter, whose vacancy rate we revised at the Industrial Research Forum at 4.4%. A total of 404,800 sq m of modern industrial premises is ready for immediate occupation. Vacancy in Greater Prague reached 2.3% at the end of Q2 2020.